Many people confuse CBN oil and CBD oil. After all, they produce almost the same therapeutic benefits without the psychoactive effects of THC. However, there are big differences between the two that make each cannabinoid unique. Knowing these differences helps you choose the best oil for your health.

You’ll be surprised to know that the three major cannabinoids found in hemp and cannabis come from a minor, lesser known, cannabinoid – cannabigerol or CBG.

As the plant matures, enzymes degrade CBGA into three more acidic precursors. You have THCA or tetrahydrocannabinolic acid, CBCA or cannabichromenic acid, as well as CBDA or cannabidiolic acid.

Think of CBG as the counterpart of our body’s stem cells. Our stem cells transform into any type of cell like cardiac cells or skin cells. CBG, as it ages or gets exposed to heat, transform into other cannabinoids.

CBN, on the other hand, comes from THCA. As the plant matures and gets exposed to air, enzymes break THCA down to become cannabinolic acid or CBNA. Heat and UV exposure then converts CBNA into CBN.

But here’s where CBN gets interesting. The majority of the CBN found in cannabis came from THCA degradation, not heat and UV exposure. When the plant is harvested and stored, THCA gradually degrades and loses four hydrogen molecules to become CBNA. As the plant continues to age, CBNA releases carbon dioxide and converts into CBN.

This is one of the main differences between CBD and CBN. CBD came from CBG, while CBN came from THC.

Psychoactive Property of CBD and CBN

CBD definitely does not produce any psychoactive or addictive effects. In fact, CBD has the potential to control addiction. Experts believe CBD may be a good agent in treating illicit drug addiction. 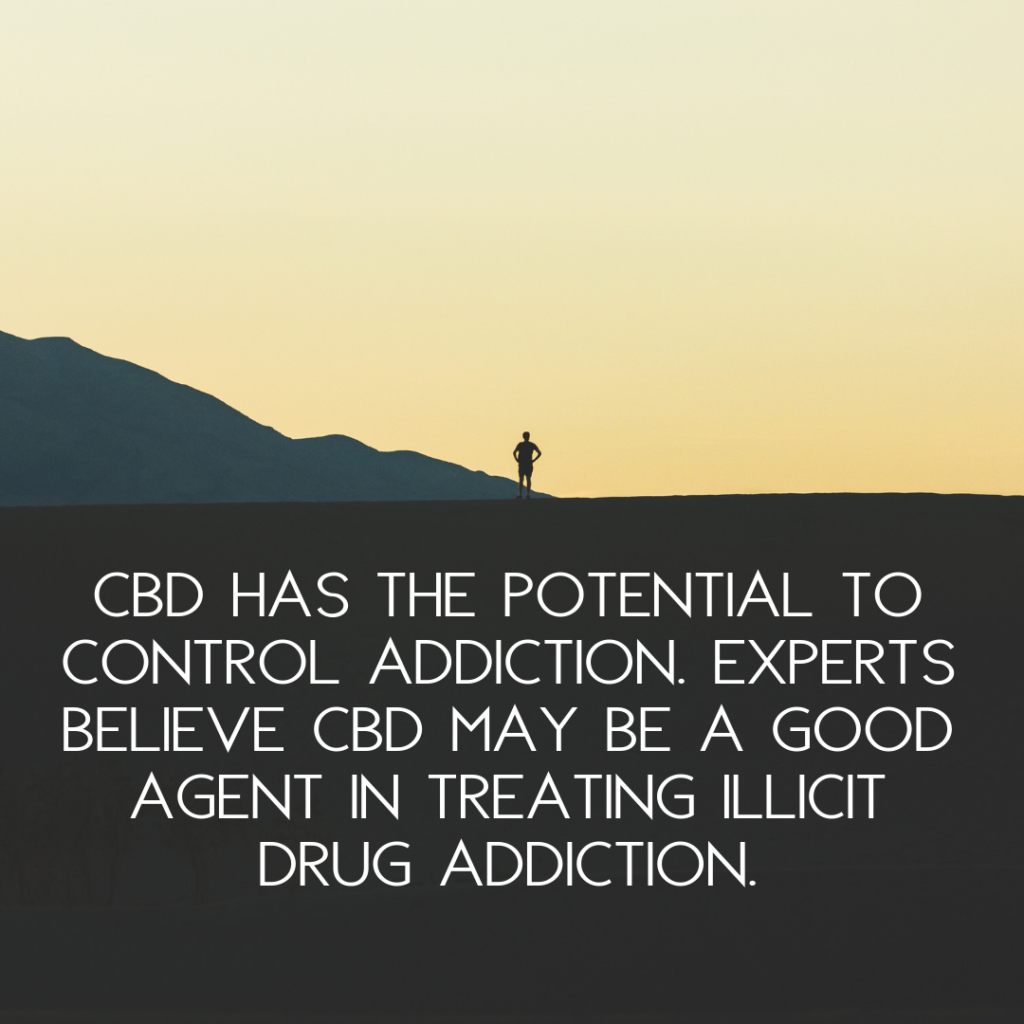 Similar to CBD, CBN also doesn’t produce any psychoactive effects. Or so we think.

One study also revealed that CBN’s mild psychoactive effects may possibly increase THC’s potency. However, this effect is very minimal. THC still accounts for the majority of cannabis’ psychoactive and mind-altering effects.

Nevertheless, CBN appears to be a better alternative to THC. Patients who can’t tolerate or wish to avoid THC side effects may benefit from CBN. After all, CBN and THC activate both the cannabinoid receptors of the endocannabinoid system.

This brings us to the next difference between CBD and CBN.

Affinity to the Cannabinoid Receptors

CBN, like THC, binds to these receptors. Studies revealed that CBN is a partial agonist of the CB1 receptor. Their studies also showed that CBN has a greater affinity to the CB2 receptor. This gives CBN its potent anti-inflammatory property.

CBD and CBN both affect sleep.

CBD promotes wakefulness at low doses. One study on sleep and cannabinoids revealed THC and CBD produce opposite effects on sleep. At 15mg, THC induced sleep. However, 15mg of CBD increased wakefulness. This CBD dosage even counteracted any sedative effect THC produced.

Interestingly, CBD promotes sleep at high doses.  In a study on the hypnotic and antiepileptic properties of CBD, researchers found that high doses of CBD at 160mg actually improved sleep time. CBD, at 160mg, also reduced the frequency of arousal throughout the night.

You only need a very small dose of CBN to start feeling its powerful sedative effect. According to Steep Hill, CBN produces the most potent sedative effect among all cannabinoids, including THC and CBD. Steep Hill is a cannabis testing and research facility.

Glaucoma is a type of eye disease that gradually damages the optic nerve. Untreated glaucoma often results in irreversible blindness. According to statistics, glaucoma caused blindness of both eyes in about six million people.

A clear fluid surrounds the eye. This fluid nourishes not only the eye but its surrounding structures as well. To maintain proper eye tone and shape, the fluid maintains a certain pressure. If the pressure is high, the fluid drains through tiny channels to reduce the pressure.

The cannabinoids have an effect on the eye’s intraocular pressure.

CBN, on the other hand, reduces the intraocular pressure by a considerable degree. Of note; the administration of CBN produced ocular toxicity. The researchers noted CBN caused hyperemia in the eye blood vessels. It also caused conjunctival erythema. In addition to this, CBN also produced neurotoxicity.

Anticonvulsant Effects of CBD and CBN

CBN also produces anticonvulsant effects. But compared to CBD and THC, CBN is not as active and potent.

One study points to THC as the cannabinoid responsible for the couch-lock phenomenon. In fact, some cannabis users will tell you to use high-CBD strains if you want to avoid couch-lock effect.

Now, one possible reason why CBD counteracts this effect is its effect on the CB1 receptor’s allosteric site. When CBD binds to its allosteric site, it dampens the potency of THC. This effect probably also minimizes the couch lock phenomenon induced by THC.

One study explored the effects of CBD on appetite. Researchers found that CBD-rich strains only elicited a small increase in appetite, compared to THC-only strains.

Like THC, CBN stimulates appetite. In one study, adult rats were given CBD and CBN. Rats treated with CBD showed a reduction in their food intake. Those treated with CBN showed increased feeding.

CBN, on the other hand, may or may not get you high. But if you’re using CBN oil for your medical condition, chances are you won’t feel a thing. CBN is not as potent as THC.

Similarities Between CBD and CBN

Despite their differences though, CBD and CBN produce similar therapeutic benefits.

They relieve mild to moderate pain when they activate the endocannabinoid system. Both of them also bind to the vanilloid receptor, activating it to produce its analgesic effect.

Both CBD and CBN inhibit inflammation when they activate the CB2 receptors of the immune cells. Their activation of the CB2 receptors triggers a cascade of signals that prompt the death of these abnormal cells.

One study found that both CBD and CBN have potent antibacterial effects. They kill antibiotic-resistant bacteria like MRSA or methicillin-resistant Staphylococcus aureus.

Both CBD and CBN have powerful antioxidant properties. This effect protects brain cells against neurotoxicity caused by high levels of excitatory neurotransmitters like glutamate.

CBD and CBN suppress spasms and relax muscles. A small dose of 2.5mg CBN is as good as a 5mg diazepam.

Studies on CBD and CBN’s safety profile show that these cannabinoids have good safety profile. They don’t produce significant side effects, and if there are, these are usually well tolerated by patients.

It’s tempting to say that one cannabinoid is better than the other. But this way of thinking is incorrect.

THC, CBD, CBN, and the other cannabinoids each have their own unique features. On their own, their therapeutic properties already help relieve symptoms. But taken together and at the right concentrations, they will boost each other’s therapeutic effects. Some cannabinoids will even modulate the effects in a beneficial way.

The terpenes matter as well. They may give the plants their color, aroma, and flavor. But they also produce therapeutic effects. For example, limonene produces anti-tumor effects. Myrcene makes you sleepy and relaxed. Caryophyllene relieves abdominal pain. Linalool controls acne.

You should consider the entourage effect when choosing a CBD oil or CBN oil. For example, you need help with insomnia. Then choose an oil rich in CBD, CBN, myrcene, linalool, or limonene. The cannabinoids and terpenes work together to promote muscle relaxation and induce sleep. These compounds also reduce your stress and anxiety. Their synergistic action makes a powerful sedative.

CBD products are readily available in the market. It comes in oils, tinctures, edibles, capsules, and topicals. You’ll even see CBD in beers!

CBN oils, however, are relatively new. Fortunately, both the scientific and cannabis industries are taking notice of CBN’s therapeutic effects. In fact, some manufacturers are already producing CBN-rich products. Like CBD, they also come in oils, tinctures, and topicals.

CBN may not yet be as popular as CBD, but it’s fast gaining in popularity. CBN produces similar therapeutic effects to THC and CBD, but it also has its own unique characteristics. We can expect more studies focusing on CBN as the scientific community investigates its therapeutic properties.

CBD and CBN may have similarities, but they do differ in many ways as well. So if you are new to CBD oil and CBN oil, it is important that you learn about their differences. This knowledge gives you control over your health. It allows you to choose the best type of medicine for your needs. 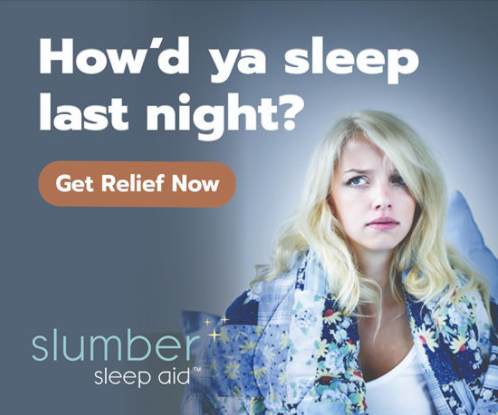 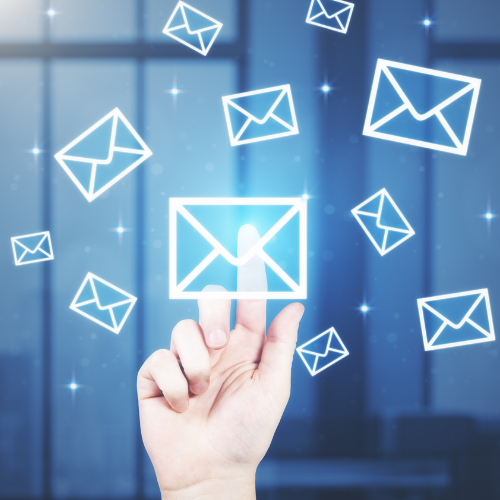 We'll send you an update whenever we publish new articles or reviews on CBN products.

Please accept the terms of our newsletter. Please input your email address. That email is already subscribed. Your address has been added.